Ben Maier frames his photographic practice as avisual economist. That is, his explorations via photography are rooted in the nefarious and uneven aspects of neoliberalism that clash with an equitable future. In his graduation project, Father as scale: Extractivism as economic necessity, Maier returned to his home region of southwest Germany where he explored the economic consequences of concrete production. Maier is able to, via his visual eclecticism, express the transformations of massive economic processes upon the human and their environment. He, while expressing an overt political stance, still allows dialogue to ensue, thus manifesting a cornucopia of dialogue, an important aspect in his work. 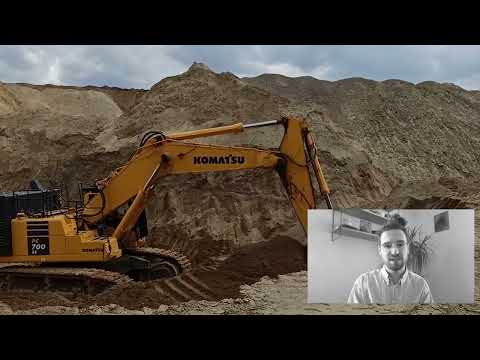 As a kid I built castles with soil. Equipped with bright yellow rainboots on still too tiny feet I crossed sand piles, exploring the elements underneath me. Every now and then I would tear an earthworm apart. Roaming on the land was my favourite adventure. In my home, southwest Germany, the most valuable resource lies underground. The natural deposits, mostly stones and sand, show suitable qualities for concrete production. This attracts mining companies that see value in the soil that I was turning into castles: Concrete is a high economic demand. Extractivism – the extraction of these resources - is divisive because it lies at the crossroads of economic development and environmental protection. The needs of our society dictate the destruction of our landscapes: Extractivism becomes necessity. Using my father as a mode of human scale within a vast and potentially abstract site of mining, I look not only at a massive economic process and its transformations upon the human and their environment, but also at a generational conflict. His generation benefited from the economy - mine faces eco-anxiety. Visual research into an economy that’s inevitable, that transforms my homeland and of which I have doubts.